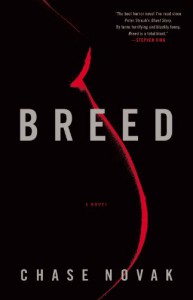 I can't read anymore of this shit.

I decided to read this because so many people compared this with Rosemary's Baby and I kept seeing the book being posted on the side bars on here. Read the summary and thought it sounded interesting. Married couple can't have kids, they go to unknown doctor , becomes pregnant but something goes terribly wrong. Sounds like my type of horror story. Definitely NOT my type of horror book!

First of all, how dare you fucking compare this shit with Rosemary's Baby! It's nothing like it besides the fact that the couples both had trouble having kids. Besides that there is NOTHING similar to Rosemary's Baby.

The couple; Alex and Leslie are fucking dumbshits in this book. They've been having issues with getting pregnant for three years now. Been through all sorts of therapy and treatments. Nothing has worked. Alex doesn't want to adopt because he wants his "own" kid. I can understand that since I wouldn't adopt either, but he didn't even look into it. Just said its his way or no way. Fucking dick. One of their friends who have also been having trouble getting pregnant is SUDDENLY pregnant. Of course our idiot couple wants to know why and how. Two days later without ANY RESEARCH they head off to a country that THEY'VE NEVER HEARD OF to go to a doctor THAT DOESN'T SPEAK ANY ENGLISH to get injections from him!!!! Apparently the injections are a hundred percent organic but the doctor isn't allowed o say what's in them. Hold the fucking phone! Why the hell would you want to continue when you aren't allowed to know whats going into your body!?!? And by a doctor who doesn't speak English?? English is the language I speak so I'd NEED to see a doctor that speaks it. To Alex and Leslie it doesn't seem to matter. They just want to have a baby so bad. -___-

So they get the injections and that night they have intense sex like they are wild animals in heat. On the way home on the plane(not even a full day after the injections) Leslie comments that she's pregnant. It doesn't take that fast people, come on now.

Cut into five months of her pregnancy . She has patches of hair forming everywhere on her body. Like werewolf type patches. As in you shave and ten minutes later they come back. Some women develop hair on bodies when they are pregnant but not this bad. Of course stupid  Leslie doesn't o to a doctor to find out why she is getting so hairy all of a sudden.

On the night that her water breaks(she's only five months pregnant mind you) Alex tries to rape Leslie's sister because she's on her period and his "animal" instincts take over him. -__- Before he does though Leslie walks in a slaps her sister for "forcing herself on her sisters husband" when Alex was forcing her. -__-

The babies, yes babies come and that's the end of part one. Part two is ten years later when the twins are a bit older and are locked in their bedrooms every night because their parents eat animals and humans during that time.


I stopped after the twins escape their parent because I hates the whole idea of this book and how very character is bland. There's no character development at all.

I can't believe people were actually comparing this with Rosemary's Baby. The mere of some people. I will not be reading anymore of this authors books.