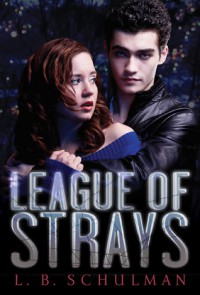 The author of this book just disgusts me to high hell. Just because people didn't like your book gives you NO right to create sock puppets and troll on book reviewers.  Thats a great way to get people to not want to read your book. Just. So. Immature.  -_-  IMO she shouldn't have even written a book if she cant handle other peoples opinions ...

Ahem...now onto reviewing this "book"..
Wow..this book was an absolute fucking  trainwreck. It was so messed up that I only read to 56%. But here's a run down of everything that I had a problem with so far..

. I hated all the characters especially Kade, he was such a Dick. The way that he liked watching others being beat up was such a turn off.

. The main idea of teens who were harassed by bullies getting revenge on them is just plain stupid. Doesn't that fucking make them a bully too since they are "getting back" at them? *facepalm*  I would honestly love to know what the hell was going through this author's head when she wrote this book.

. Apparently a gym teacher is a bully because she gave a straight A student a C in gym class so the girl freaks out because the college wont accept her cause of the low grade. So what do the league of strays(dicks)  do? They trash her office and burn her grade book. Are you fucking kidding me!?!? Its a damn C not an F! Most colleges that I know of still accept you if you get a low grade in gym..I should know..

. Kade, this guy who mysteriously shows up, has been keeping tabs on the girls for weeks and Charlotte, the main heroine, thinks hes all dreamy and crap. I'm so sick of heroine's falling for the stalkers...its so yesterday's news.

. The writing was too juvenile for my liking, it made the book unbearable to get through. Also the teens were supposed to be seniors in highschool but they are acting like children with all the immature pranks. My little sister(who is currently 11) is more mature and knows better.

. There was a scene that deals with gay bashing and I was extremely offended by what went down. It was in my opinion unnecessary and I was completely appalled that the other characters had no problem with this prank. Fucking disgusting-_-. I have family members who were beat up for being gay and I was even tormented in a cruel way for being bi. I just thought that scene should have been taken care of differently.
So basically if you get bullied, its ok to get revenge on who ever bullies you. Its ok to beat the shit outa them, make them feel your pain. *eye roll*

So between the immature author and how terrible shitty  this book was, I DO NOT recommend this to anyone. Save your precious $$ peeps! Remember : friends don't let friends read horrible books